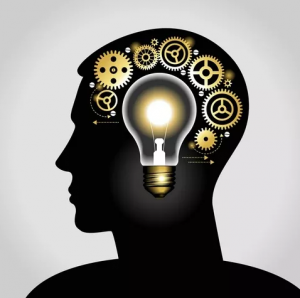 It is practically impossible to understand why some people are rich, while others are poor. The issue goes so deep, has such widespread roots, that there is no clear answer to this eternal question. Yes, there is some correlation between high IQ and better salary. But it is hardly convincing. And it is difficult to measure such things in hindsight. Here are a few good starting points one should consider when thinking about the question of high IQ and high salaries:

• Smart people are not outcasts. Popular belief claims that people with a high IQ are more prone to being loners, and are bad at maintaining social relationships. However, studies show just the contrary – those scoring high on intelligence tests are generally better at understanding social behaviour, as well. This could be related to them having higher education. Spending lots of time in school, whether college or university, will tend to push one into a more socially active lifestyle.

• People with lower IQ are prone to drop out of school and/or end up in jail. Those with an IQ lower than 90 are actually almost one hundred times more likely to not finish high school, as compared to those with an IQ higher than 110. This also holds true when it comes to psychological imbalances. Psychologists often point to a bad childhood, with all of its stresses and traumas, as a cause for anger issues, and anger issues, it seems, are closely related to limited intelligence.

• High intelligence improves job fluidity and adaptability. Recent studies by the University of Delaware revealed that people with an IQ higher than 115 can do practically any job, can take on high-stress roles in unpredictable fields. Those having a lower IQ are more limited in their adaptability, and tend not to feel well in the face of these kinds of job challenges.

At the same time, scientists and those in the teaching profession have discovered that people with high intelligence have issues of their own. For example, when it comes to financial stability, sure, those with high IQ might earn more, but they also spend more recklessly and often end up in debt. In fact, people with IQ scores of 140 are just as prone to going bankrupt as those on the opposite side of the graph (IQ 80 and less). There are several theories as to why this occurs, but the following are more likely to play an important part in explaining this:

• People with a high IQ might feel smart enough to handle just about anything, and, without noticing it, accumulate more debt than they can handle. Basically, this shows that smart people often overestimate themselves.

• High IQ is often correlated to less focused lives, meaning that smart people often make themselves so busy that they forget about routines. And as we all know – forget about your bills for a few months and they might just destroy your life. 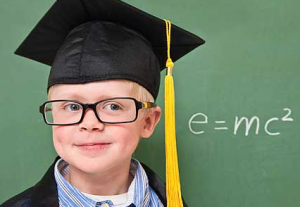 There is no single study that proves any relation between higher salaries and high scores on IQ tests. At the same time, however, there are numerous studies that show how important it is to give our kids a strong education, as well as to encourage them to stay away from eating junk food. The earlier a child starts school, the higher they will score on IQ tests. And, not surprisingly, children that eat healthy food – and were breast fed as infants – will also be smarter than their junk food addicted counterparts.